Since I won the Indonesian qualifying round, I will write down what I noticed in a simple way.I'm not good at English so I'm sorry if it's a strange sentence

After writing, I remembered that there was a nerf.
Well everything would be useless.

About the my lineup

I used this lineup. 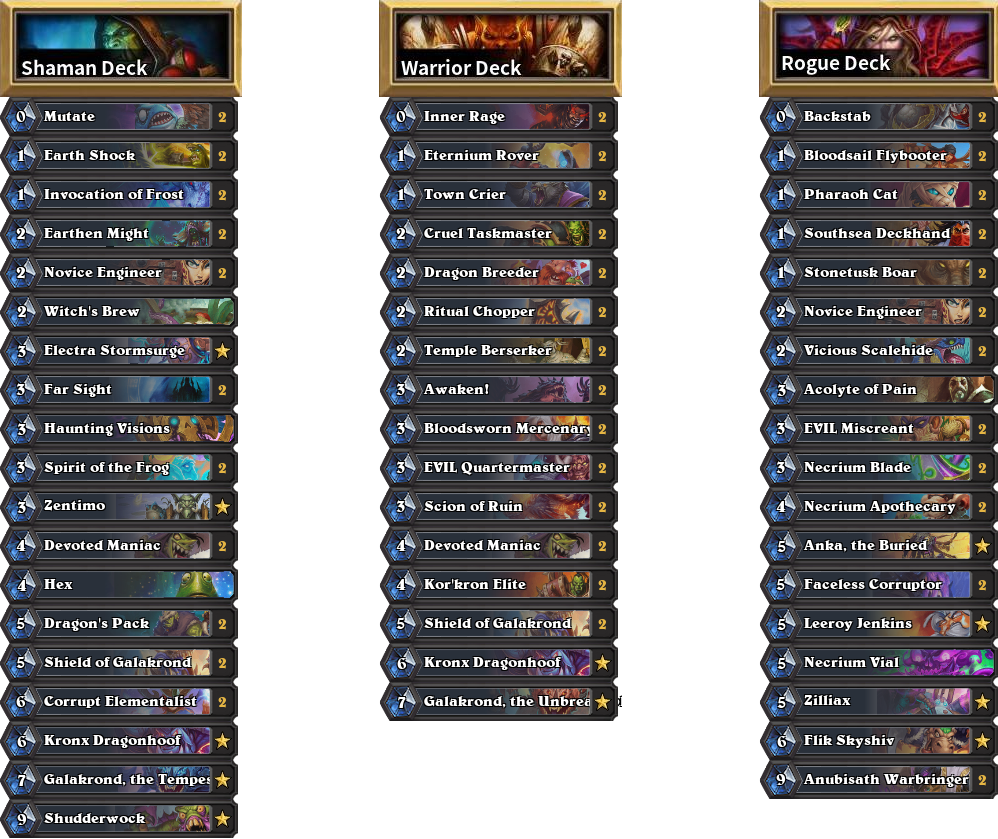 I encountered  two 90-mirrors and one 88-mirror, and it's going to be more.

About ban in  the mirror, everyone who play this lineup is a shaman ban in mirror,Probably it is correct. For now there is no reason to doubt.

Anubisath Rogue
Most people want to keep 1 mana minion, backstab, and weapons, but only the Necrium Apothecary's mulligan win rate is by far the highest, and next is  Anka,the Buried. I don't keep anything but the two in most cases.

Of course, there may be situations where it is correct to keep other cards,but I reluctant it.

At first glance, if Anubisath is decided, it looks like infinite value, but if all the buffed cards have been used, It will be gone.So attack a little in a hurry

mirror
You can return this match except for Necrium Apothecary and Anka,the Buried.

This card doesn't fit the deck concept, but I want to put the maximum number of invoke cards, so I put 2 cards.

About Dragon Breeder
From the HearthReplay dragon breeder page, you can see a graph of the turn and win rate for each opponent hero, so if the second turn is excited, the tempo play is strong match, if it is excited from around the fifth turn, it is Scion of ruin copy It might be better to preserve it, you can refer to it. It's neutral and you can't squeeze this deck, but it's generally correct because it seems to be used at 90% of the wrr.